Our webstore uses cookies to offer a better user experience and we recommend you to accept their use to fully enjoy your navigation. 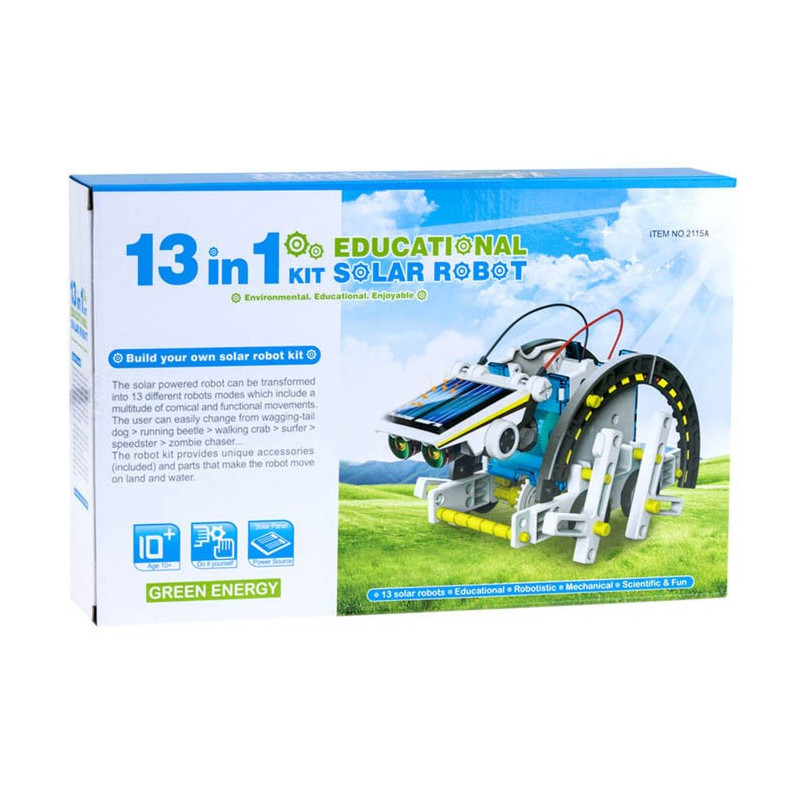 By buying this product you can collect up to 9 point points. Your cart will total 9 points that can be converted into a voucher of £1.80.

Description : Total novelty, creative toy for self-assembly for DIY. The 13in1 solar set is an educational toy for self-assembly, powered by sunlight that teaches you to benefit from solar energy. This is a great fun, in which children learn how the light energy powers electric power. The set allows children to learn through play, it is a natural way of exploring the world, which is the most pleasant and accessible for children, and their creativity will bring forth in the future. The set is a great fun when the baby learns alternative energy. Allows you to spend time creatively. The toy works best in open sunlight, but you can also use a strong light from the lamp.The solar robot can be transformed into 13 different robot models. It's easy to build a robot from a dog, and then walk a turtle-robot, a zombie-robot or a robot-boat! The toy contains unique accessories (included) and parts that make the robot move as well as in land and water. Alternative energy sources play such an important role, there is no better time than now to start learning the basic technology for children. Fortunately, this product is powered by the sun, so it does not require batteries. The robot moves to direct sunlight (strong sunlight or another light source) and allows children to create and use their infinite imagination. There are two levels of difficulty in building a robot set.Models that you can create from the set:The first level includes: turtle-robot, robot-beetle, robot-square, robot-boat, robot-walker, robot-dogSecond level: robots-robot, robot-auto, robot-skate, robot-surfer, robot-zombie, robot-crab, robot-boat.Features include: adjustable polarization on the solar panel to change the direction of rotation of the engine, we hide the robot head, which can be quickly stored in the upper body, the robot head can be installed in the front, top or rear of the gearbox.Technical data:No glue or tools are needed for the kit. The elements are assembled on the latch. First install the solar panel module and motor. The remaining elements can be modified depending on which construction will be assembled.The set allows children to learn through play, it is a natural way of exploring the world, which is most enjoyable and accessible to children, and their creativity will bring them to future lives. One of the most effective ways to develop interpersonal skills in children is to create their own work. Creative toys enhance intelligence, ability to effectively express and communicate to others their intentions and wants. Creating creative toys is a great way to have fun together. Thanks to such children's play, they can spend more time with their parents.Packaged in colorful packaging. Tech specs: certificate: CE age: 10+ package size: ok. 31,5cm x 20,5cm x 7cm weight: ok. 5kg sex: female,  boy, unisex
UNQ000089
8 Items

Be the first to write your review! 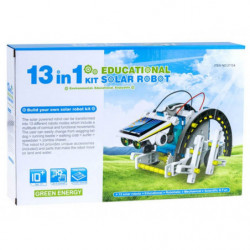